In The News, Leadership, Reinsurance

Cheshire, CT  Rolling Meadows, IL (July 18, 2018) — IAT Insurance Group CEO Bill Cunningham announced the hiring of Donna McDermott to succeed Senior Vice President Jim Miller who plans to retire on March 1,  as head of IAT Reinsurance (IAT Re). “IAT Re has an impressive track record of success largely due to Jim and his team’s unwavering focus on sustainable underwriting profitability, integrity and responsiveness. When Jim shared his plans to retire, we wanted to find the best leader to assume the role and benefit from his counsel through the transition,” explained Cunningham. “Donna is an underwriter who brings more than 30 years of experience, including more than 20 years of leadership experience in both facultative and treaty reinsurance. We are confident she will continue to build upon the strong foundation Jim and his team  established for IAT Re,” added Cunningham. 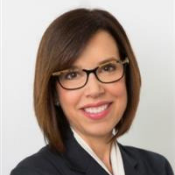 Donna McDermott joins IAT Re on July 30,  from Aspen Re America where her tenure started in 2009. At Aspen Re, she most recently served as Senior Vice President and Head of National Accounts Treaty North America, and prior to that, McDermott was Senior Vice President and Head of Specialty Casualty. In these roles, McDermott led a team of underwriters and developed and executed a strategy of deepening client relationships and growing a book while maintaining profit. Previously, McDermott spent 20 years at XL Reinsurance America where her career advanced steadily from Underwriting Officer and Property Underwriter to Senior Vice President and Eastern Regional Manager. McDermott spent her early career at General Reinsurance and Conning and Company, respectively. She holds a B.A. in English from Fairfield University and  in Economics from Trinity College. McDermott will report to Bill Cunningham and she will be based in IAT’s Connecticut office giving IAT Re presence in three offices: Rolling Meadows, IL, Raleigh, NC and Cheshire, CT. This broadens IAT’s footprint and puts team members closer to brokers in the Raleigh/Triangle, Stanford, CT  New York areas in addition to Chicago.

Since starting the unit in 2001, Miller and his team have built a successful assumed reinsurance business that has met or exceeded target returns each and every year, and today has over $350 million in written premium and accounts for 30% of the operating income for the IAT Insurance Group. Another key contributor at IAT Re, Tim Madden, Managing Director, will also retire in 2019 after an equally distinguished career. As part of the unit’s succession planning and future sustainability, IAT Re welcomed Chris Bilski to the team in May 2018.

“We greatly appreciate Jim’s leadership and the successful team and business he built at IAT Re,” said Cunningham. “We congratulate both Jim and Tim on very successful careers, and wish them all the best in their well-deserved retirement.”

IAT Insurance Group is a privately owned, specialty insurance company providing property and casualty products for businesses and individuals. With 700 employees and 13 offices across the country, we go to market through six business units – Commercial Transportation, Specialty, Programs, Inland Marine, Surplus Lines Excess, and Assumed Reinsurance. The IAT Insurance Group companies are rated A- Excellent by A.M. Best. Connect with IAT Insurance Group on LinkedIn and Facebook, and learn more about the company at www.iatinsurancegroup.com.