New York, New York, (October 16, 2014) - IAT Reinsurance Company Ltd.(“IAT”) today announced that Peter R. Kellogg is retiring as Chief Executive Officer of IAT, a position he has held since the company’s founding in the early 1980s. William Cunningham will assume the role of CEO effective January 4, 2015. Mr. Kellogg will continue to lead the Board of Directors. 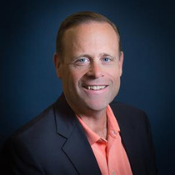 Mr. Cunningham has been a senior executive at the Travelers Insurance Company, where he had spent his whole career.  “It has been my privilege to lead IAT for over three decades and I look forward to supporting Bill Cunningham in his role as CEO, where he will provide new and objective leadership to our company,” said Mr. Kellogg. “Bill brings a wealth of experience that will prove invaluable as IAT navigates a challenging marketplace and seeks a direction that will carry the company forward for continued success.”

IAT Reinsurance, a privately-owned Bermuda reinsurer, is an active underwriter of commercial and personal lines P&C reinsurance and insurance, directly and through its eight wholly-owned subsidiaries licensed and domiciled in the US.